Tpr. Caleb H. Starr died of injuries sustained after his patrol car was struck by a drunk driver.

On Friday, July 10, 2020, Trooper Starr was responding to an investigatory call at approximately 10 p.m. Trooper Starr was westbound on Grand River Avenue west of Nash Highway in Ionia County’s Boston Township when an oncoming vehicle crossed the centerline and struck his patrol vehicle head-on. Trooper Starr was airlifted to Spectrum Health Butterworth Hospital in Grand Rapids where he was treated for three weeks before passing away as a result of his injuries on Friday, July 31, 2020.

Trooper Starr joined the Michigan State Police in 2018, graduating as a member of the 135th Trooper Recruit School. He served at the Lakeview Post.

Tpr. Caleb H. Starr is the 54th Michigan State Police officer to die in the line of duty. 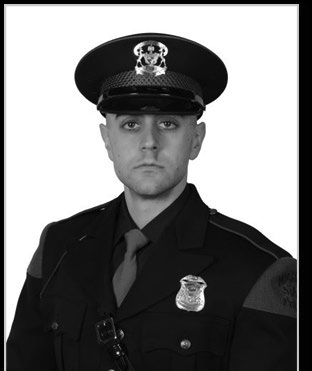