Trooper Chad Wolf was killed when his motorcycle was struck by a vehicle.

Trooper Wolf was on motorcycle patrol and traveling northbound in the right lane of Dixie Highway and crossing over southbound I-75 when a vehicle towing an empty trailer traveling in the left lane quickly changed lanes in an attempt to access the I-75 entrance ramp. As the vehicle changed lanes, it struck Trooper Wolf's motorcycle. Trooper Wolf was dragged for several miles on I-75 before the driver pulled over at a rest area.

Trooper Wolf served with the Michigan State Police for seven years. He is survived by his wife and four children.

Trooper Chad H. Wolf is the 52nd Michigan State Police officer to die in the line of duty. 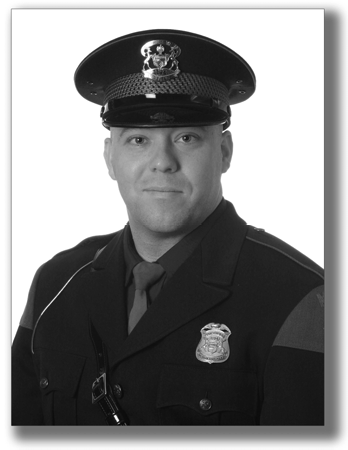