On September 9, 2013, Tpr. Butterfield was shot and killed while making a traffic stop on Custer Road, near Townline Road, in Mason County, at approximately 6:20 pm.

A few minutes after radioing in the stop a citizen called 911 to report a trooper had been shot. Responding units located Tpr. Butterfield on the ground suffering from a gunshot wound to the head. He was flown to Munson Medical Center where he succumbed to his wounds while in surgery.

Trooper Paul K. Butterfield II is the 51st Michigan State Police officer to die in the line of duty. 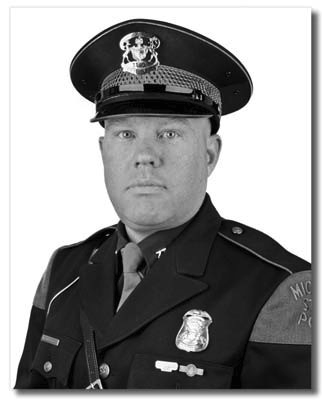