Tpr. Timothy J. O’Neill died as a result of injuries sustained while patrolling on a motorcycle in Kent County on Thursday, September 20, 2017. At approximately 7:45 a.m., Trooper O’Neill was on patrol with his department-issued motorcycle when he was involved in a crash near the intersection of Wolverine Boulevard NE and Belding Road NE in Plainfield Township. Trooper O’Neill was taken to Spectrum Health Butterworth Hospital in Grand Rapids where he later passed away as a result of his injuries.

Trooper O’Neill joined the Michigan State Police in 2014, graduating as a member of the 126th Trooper Recruit School. He served at the Rockford Post and became a member of the Motor Unit in May 2017.

Tpr. Timothy J. O’Neill was the 53rd Michigan State Police officer to die in the line of duty. 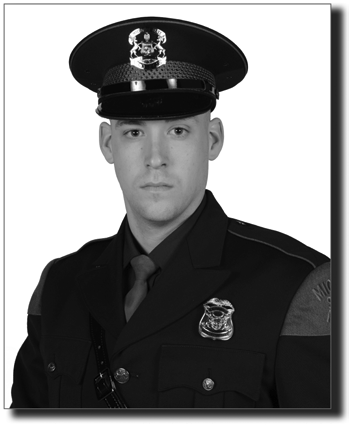